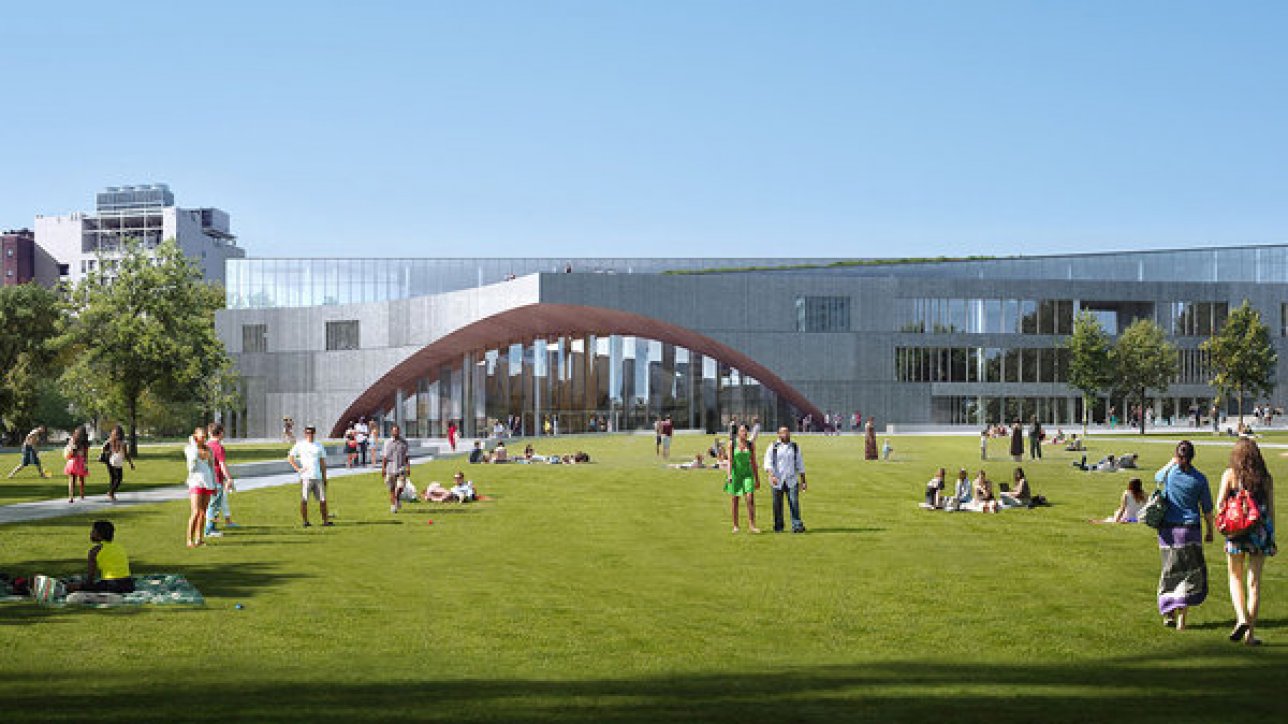 It’s been a roller coaster ride for those of us following along with Temple’s plans for a new library. We were in awe when the school announced that Snøhetta would be at the helm of the design for the original location on North Broad. Those plans were eventually scrapped, in favor of a centralized location at 13th and Norris St., still designed by Snøhetta but without any renderings. Today, we have our first look at Temple’s new mega-library. Not only will it feature a true starchitect’s touch (with the help from local firm Stantec), it will also boast a “robotic text-retrieval system,” according to The Inquirer.

The Inquirer reports the library will cost $190M to complete, which should happen by 2018. It will be comprised of 210,000 square-feet of space and utilized that robotic text-retrieval system we talked about earlier. Basically, students order the book on like and these robotic arms poke through the stacks and deliver it to a human.

The library will be bound by Polett Walk (formerly Berks Mall, ya’ll) and Norris St. to the south and north, and Liacouras Walk and 13th St. to the east and west, respectively. If all goes according to plan, the front entrance will face this quad/green space that’s also in the works: 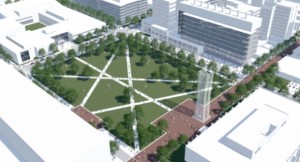 A green roof and cafe space are also in the plans for the new library. According to The Inquirer, Paley Library will be “will be retooled as a welcome center, with a cafe, classrooms, and gathering spaces.”

While the news of a robotic book-getter (official term) is cool, it’s all about Snøhetta for us. The Nordic gods of architecture have designed some incredible works of art and this could be a statement-making project for the university.

COVID-19: To our Employees, Clients, Vendors and Residents who make up our family. IMPORTANT NOTICE